Being consciously engaged in our technology decisions

I wanted to take some time to explore topic of technology. In particular, why is it important for us to carefully examine the tools we choose, especially those which are connected through the internet. Below I would like to share my own perspective, and more importantly some of the resources and Guidance that formulated it.

Why do we need to care about technology choices?

"Every choice a Bahá’í makes—as employee or employer, producer or consumer, borrower or lender, benefactor or beneficiary—leaves a trace, and the moral duty to lead a coherent life demands that one’s economic decisions be in accordance with lofty ideals, that the purity of one’s aims be matched by the purity of one’s actions to fulfil those aims."

Our own use of a given technology produces a result direct to the application or use of the technology. Further, when our communities are drawn to adopt our tools the effect compounds. For example:

We can imagine that if one individual was driving a car, we would have no reason for concern about it’s environmental influence.

At the same time, we can see that to view our own use of cars as isolated from the reality that in fact many people collectively are using cars would be to completely ignore the real effect and results of driving cars.

Whether or not we as individuals should drive cars, or which transportation we use, cannot be examined only from the perspective of the individual if we are to reach a fair conclusion.

This concept holds special bearing on the use of internet technologies. These technologies become useful as they connect us to one another. Inherent to their social nature these tools draw more people in. We adopt them to communicate with our friends, and so we need to encourage our friends to adopt them as well.

The burden of responsibility to make informed decisions adopting these tools is then naturally heightened as adopting them brings with it ones community, family, customers, and social groups.

Also noteworthy is when an institution, organization or business adopts one of these tools. For example, a doctor office uses a particular “patient portal” to communicate lab results to patients. Now all those who receive the services of that doctor office also must use that “patient portal”. How much more important then, does this question become.

In their 1 December 2019 letter about Social media and non-involvement in politics the Universal House of Justice wrote:

"The followers of the Blessed Beauty must be conscious and conscientious users of any technology they decide to utilize and must apply insight and spiritual discipline. They should look to the lofty standards of the Cause to guide them at all times in the way they express themselves."

"Social media and related communication tools tend to give the greatest exposure to all that is controversial…" the House of Justice states in that same message.

Why does social media tend to give greatest exposure to controversial content?

To answer this question it is illuminating to examine the aims or purpose that motivates the party providing the platform.

“We find, for example, that the intentions and values of a designer or of a corporation behind a product are embedded in ways that often are not obvious. So a simplistic notion that technology is a neutral means to freely chosen ends is not tenable.”

What are the intentions and values of facebook for example?

Facebook is a company whose intention is to make money for its shareholders, people who put in their own money in hopes of receiving a returns from the profits of the company.

How does it profit? After all, it costs a sizeable amount for its 1.79 billion daily active users to upload and download content.

Its business model is to sell advertising-space and data to marketers. The advertising space and data are both created when users fill Facebook with content, images, discussions, stories, etc.

The advertising space has value when it receives peoples attention, and when it influences them. The data becomes valuable when it informs the marketing approach, and makes the influence more effective, this happens when the data is abundant.

Creating inflamed argumentative discussions then, may be a technique, for pulling more people into the conversation, rapidly generating more content, engaging the interest of people appalled one way or another in order to generate data and display ads.

Zeynep Tufekci describes some of these persuasion architectures in her talk on the subject. 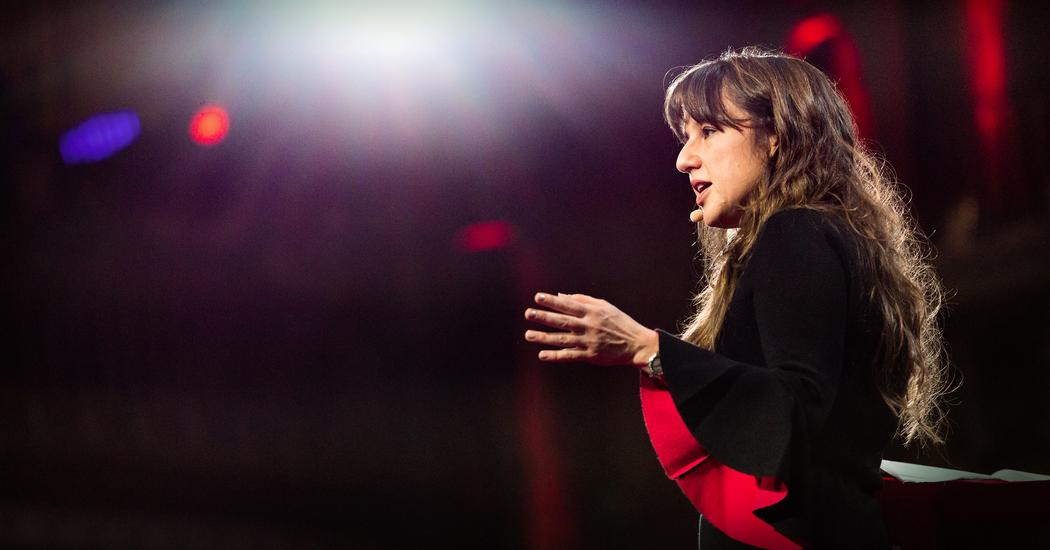 We're building an artificial intelligence-powered dystopia, one click at a time, says techno-sociologist Zeynep Tufekci. In an eye-opening talk, she details how the same algorithms companies like Facebook, Google and Amazon use to get you to click on...

Also worthy of reflection is the example of Riot Games, who have spoken more openly about their success influencing their users actions.

Inside the Largest Virtual Psychology Lab in the World | Backchannel

Riot Games wants you to play nice in League of Legends. So it’s running psychology experiments on millions of players.

Riot speaks of their experiments in a positive light in the interview. They found that they can increase and decrease toxicity, (aggressive, rude, or argumentative behavior) by changing the color of a displayed message that lasts for a couple minutes on screen before a usually 20-45 minute long game among 10 players.

The article ends with:

While the interviewer speaks about these experiments in the context of good behavior, the leveraging data that is being generated and the application of psychology are effectively addicting a remarkably large audience, a detail they have no doubt also observed.

Each of these accounts, while limited, lends insight into just a few of the methods that are adopted to further the aims of the platform provider (Facebook, Google, Linkedin, Amazon, etc.) at the expense of the individual and society.

Zeynep also describes another tactic, profiling and lookalike audiences, that has a tremendous impact on the experience of people using internet technology and the results of their use.

Her talk cites the use of advertising to anti-semetic individuals as well as identifying people who are susceptible to anti-semetic ideologies for specific advertising along those lines of hate. Also noted is the targeting of black men in particular cities with advertising that demotivated them to vote. In both these cases no one, except the target audience, has any indication of these messages.

Compare that to a physical billboard in a major city. Such campaigns would immediately recieve scrutiny when revealed to the entire public, rather than just the susceptible audience.

But I am not a Jew-Hater or Video-Gamer

The beloved Gaurdian protects us from falling into a dangerous attitude: That such methods are effective against other groups of people, who we may view, however subconsciously, as blinded by hate, uneducated, uninformed, gullible, or any other qualifier, from which we may exclude our own selves.

He writes, "The American Bahá’í Community, the leaven destined to leaven the whole, cannot hope, at this critical juncture in the fortunes of a struggling, perilously situated, spiritually moribund nation, to either escape the trials with which this nation is confronted, nor claim to be wholly immune from the evils that stain its character."

We’re assured then, that the methods and approaches which have been found kindling the flames of hatred and repressing the volition of our population also have the power to exert their due influence on our own thoughts and actions.

Shoghi Effendi further wrote, "We cannot segregate the human heart from the environment outside us and say that once one of these is reformed everything will be improved. Man is organic with the world. His inner life moulds the environment and is itself also deeply affected by it. The one acts upon the other and every abiding change in the life of man is the result of these mutual reactions."

This is an important pitfall that we are able to bypass as the beloved Gaurdian holds our hand. Really, what could be more blinding to a danger than feeling that we ourselves are immune to it. This very attitude has for a long time now secured the longevity of racial oppression, the inequality of women and men, class based prejudices and so on.

What messages we ourselves are susceptible to, we may not fully know. As they are manifest in our actions online, however subtly, they can become the tools of others.

While an examination of this topic definitely needs refining, I hope that this start, highlights the critical importance of being consciously engaged in our decisions around the technology we use and the online services that are offered today.

In It’s 22 July 2020 message to the Baha’is of the States the Universal House of Justice wrote, "Within the context of the framework governing your activities, it is necessary to carefully examine the forces unfolding around you to determine where your energies might reinforce the most promising initiatives, what you should avoid, and how you might lend a distinctive contribution. It is not possible for you to effect the transformation envisioned by Bahá’u’lláh merely by adopting the perspectives, practices, concepts, criticisms, and language of contemporary society."

This statement, made in the context of the eradication of racial prejudice, offers a meaningful perspective on our own use of social media and information technology in general, especially on the internet.

It is not possible for us to consult with fairness, create spaces and conversations that unearth the truth, promote meaningful and fruitful dialogue, and welcome those who have otherwise been marginalized, by adopting the perspectives, practices, concepts, criticisms, and language of contemporary society. And to create new spaces and illumined conversations our approach must instead as the House wrote "… be distinguished by maintaining a humble posture of learning, weighing alternatives in the light of His teachings, consulting to harmonize differing views and shape collective action, and marching forward with unbreakable unity in serried lines."

Finally, some of the words of the Master come to mind.

"Senses and faculties have been bestowed upon us, to be devoted to the service of the general good; so that we, distinguished above all other forms of life for perceptiveness and reason, should labor at all times and along all lines, whether the occasion be great or small, ordinary or extraordinary, until all mankind are safely gathered into the impregnable stronghold of knowledge. We should continually be establishing new bases for human happiness and creating and promoting new instrumentalities toward this end. How excellent, how honorable is man if he arises to fulfill his responsibilities; how wretched and contemptible, if he shuts his eyes to the welfare of society and wastes his precious life in pursuing his own selfish interests and personal advantages."

-‘Abdu’l‑Bahá, The Secret of Divine Civilization

This Friday at 1 pm Eastern Time the Institute for Humane Technology is hosting a public discussion:
From Optimizing for Engagement to Nurturing Awareness
A discussion with CHT staff and allies about the role of awareness in transforming technology.

Here’s the link where you can register:

I have a meeting on Friday at that time. Rob and Chitra too - can someone else go and take notes? @Quddus?

And here is some info on the goals of Mobius, a non-profit org that describes itself as an “unconventional collective of technologists, scientists, spiritual teachers, and activists” who “serve tech leaders and teams with the tools, knowledge, and community to create tech that brings out the best in all of us.”